Making Standards of Care, the Standard 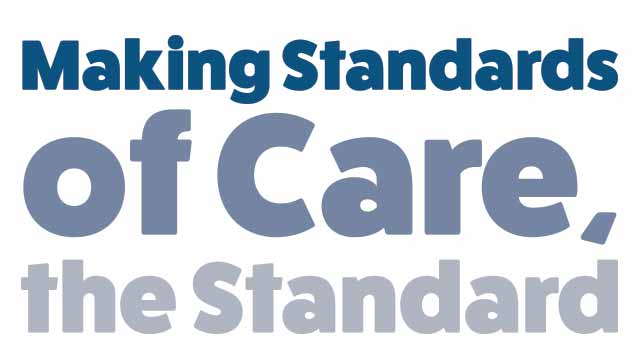 Posted at 20:30h in Blog Article by Qmetis 0 Comments
Share

Qmetis is focused on bringing decision-support tools directly to the point of care. These tools are based on the most up-to-date evidence-based treatment guidelines. These evidence-based guidelines integrate modern research with clinical expertise. By using these guidelines, the patient receives treatment that has been proven to work, which lower costs brought on by long-term hospital stays and improves the patient’s overall outcome.

A 2014 study by Vavilala et al.1, had concluded that adhering to evidence-based guidelines was associated with a significantly higher survival rate and an improved Glasgow outcome scale (GOS) score after discharge. This study suggests that certain clinical indicators, which have been incorporated into Qmetis’s TBI software, are extremely relevant to health care providers to improve patient outcome.

Unfortunately, these indicators are not used by treatment centers everywhere. A study of pediatric traumatic brain injury published in the Archives of Physical Medicine and Rehabilitation determined that the risk of a poor outcome varied by 3-fold among different states and mortality varied as much as 2-fold.2 This study concludes that “future efforts should be focused on identifying the cause of this state-to-state variation, its relationship to patient outcome, and standardizing treatment across the United States.” Qmetis solves these issues. Qmetis has consolidated the most recent evidence-based guidelines to help hospitals follow the standardized treatment that actually works.

Similarly, a 2011 article published in Neurosurgery quantified the differences between patient outcomes as found by Dr. Andrew Maas in the IMPACT project that looked at 13 large TBI studies with around 10,000 total adult patients in both Europe and America. This study had determined that European hospitals have a 3.3 times greater risk of a poor outcome for patients compared to American hospitals. The study concludes that a patient’s outcome from traumatic brain injury greatly depends on where the patient is treated. This variation comes from each hospital following different treatment guidelines, which may not be proven to be effective. This study also suggests that quality of care may be improved. 3

Qmetis avoids the disparity between treatment locations by presenting evidence-based guidelines to the doctors and nurses who are at the patient’s side through a web-based interface, available to any treatment location. Qmetis allows for real-time quality assurance, guaranteeing the latest standard of care is provided to the patient. Qmetis also provides a quality assessment that can be updated every time the patient is seen and may be integrated with the patient’s existing electronic medical record. Qmetis software allows for a hospital to receive a report summarizing compliance with up-to-date guidelines. Qmetis guarantees a consistent and effective treatment plan leading to the best possible patient outcome.